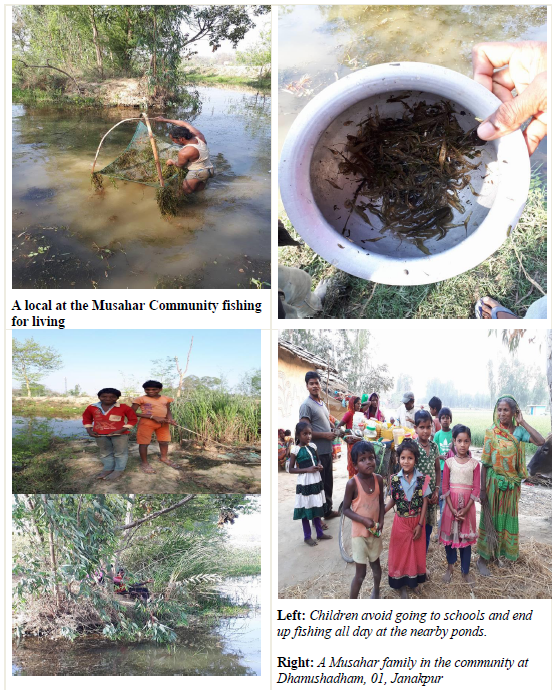 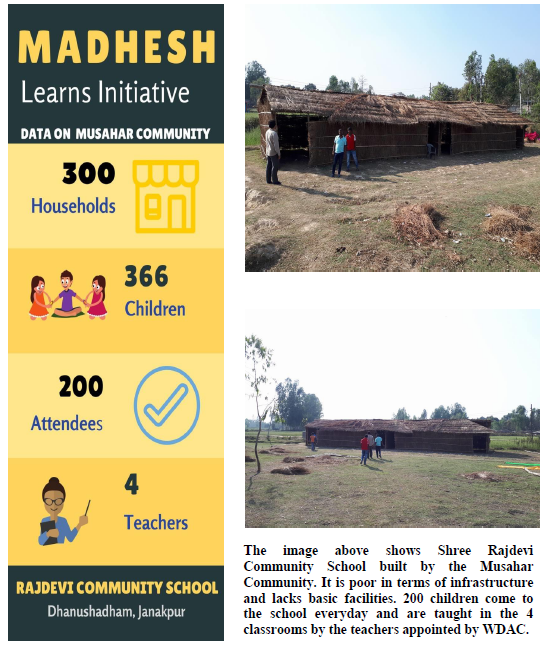 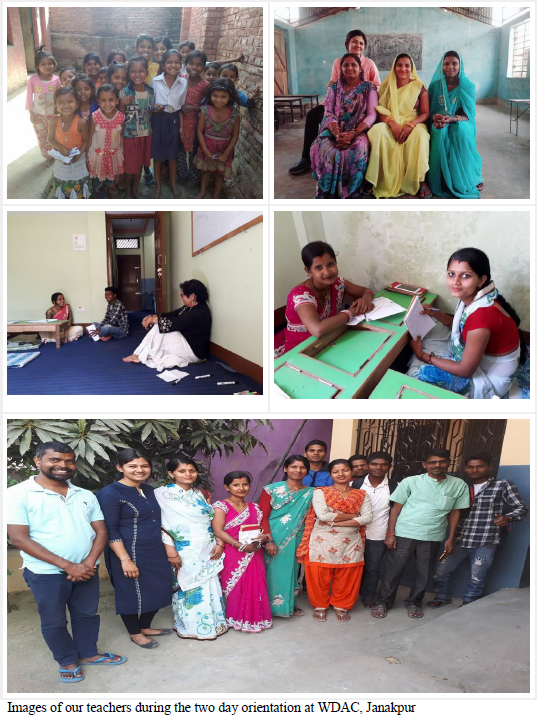 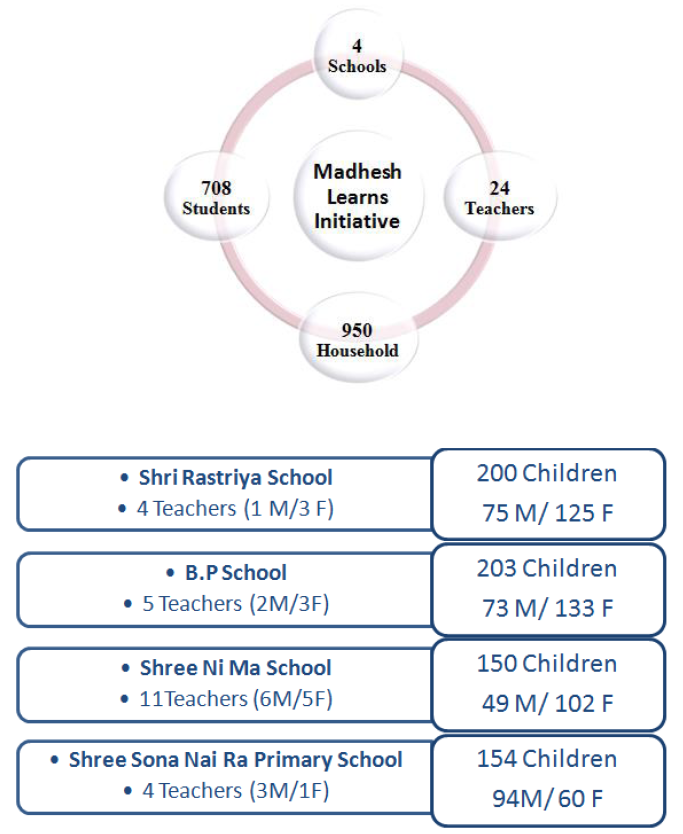 Dhanusa District, a part of Province No. 2, is one of the 76 districts of Nepal. The district, with Janakpur as its district headquarter, covers an area of 1,180 km² and has a population of 754,777. The most common language spoken in Dhanusa is Maithali. Most of the people in Madhesh are dependent on agriculture as their main income for livelihood. However, things have changed in recent days and people are more attracted towards the foreign employment and most of the youths in this region even from the rural parts have landed mainly in gulf countries for labor jobs. This has also put good impression on the mindset of the other young people which has significantly increased the dropouts from the educational institutions. On the other side the adverse effect of patriarchal society has certainly enhanced the malpractices like gender inequality, early marriage, dowry system, unmanaged foreign employment and so on. For reasons as such WDAC aims to work in the district and with the initiation namely “Madhesh Learns Initiative”, we thrive to achieve the set goals and objectives.

Madhesh Learns Initiative was born right after our flood response program in July 2017. We learnt that the quality of life in the flood affected areas is very low. As a social enterprise, we felt that improving the quality of life for the affected population requires multi-pronged approach. It requires investing in children’s education early on, and it also requires creating economic incentives for parents to be entrepreneurial and send their children to schools. Through this initiative, WDAC wants to educate children in the primary grades from the underprivileged communities and create economic and entrepreneurial opportunities for the parents (specially the mothers).

Larger and longer term goal for Madhesh Learns Initiative is to look in the school enrollment and post enrollment to strengthen the children’s educational outcomes for the families keeping Livelihood Loans dependent upon the students, teachers, schools and parents performance. The Initiative aims to improve the quality of education in primary grades in Madhesh. It also envisions to improve the economic and entrepreneurial opportunities for the families of the children.

At the beginning of our work in terms of improving quality of education and livelihood in Madhesh, the student enrollment and teacher’s performance will be reviewed. The teachers we have provided have already started teaching in the schools. They have also started working as social mobilizers. We do not want to limit the initiative only to providing teachers and loans. We will rigorously evaluate and reflect on our work. Ideally through Madhesh Learns Initiative, we want to work on the holistic school development and provide sustainable means of livelihoods to the parents. However, it also depends on the demand we receive from the community, local offices and schools. We do not want to impose our ideas in the name of improving quality of education and livelihood if there is no ownership and demand from the community side. Therefore, our core mantra of this initiative would be to build meaningful relationship in the community and work in their best interests.

The initiative team will be responsible for evaluating the teachers on a quarterly basis. The team will be also allowed to evaluate other teachers in the schools. Based on the evaluation, the schools will have to take corrective measures to improve their school performance. If the measures are not taken properly, the Initiative can be discontinued from the school. This agreement has been understood by the school teams, local office personnel and Madhesh Learns Initiative members.

Objective: Through this program, the impact and the learning achieved through livelihood loans on education, we intend to push the indicators to the local cooperatives as one of the lending criteria to be incorporated as there are lots of banks promoting lending to these families just focusing on making them consume more in non- productive stuff. We aspire to connect the education and lending for overall economic empowerment.

Education and Livelihood component of Madhesh Learns Initiative involves stakeholders ranging from children, parents, public primary schools, teachers, headmasters and the concerned local bodies. Until now, we have been able to select a total of 4 public primary schools and provided them with teachers from the communities. While our team was in Dhanusha to select the schools, we learnt that a Musahar community wanted to establish its own school and they were looking out for support. Their needs were assessed and school was identified as the priority for the children in the community. So, we have provided 4 teachers to the school that is still in the process of establishment. The schools to whom we have provided teachers are – Shree Janajati Primary School, Sinurjora, Shree National Primary School, Baghchoda, Shree National Primary School, Baniniya, Shree Lower Secondary School, Bhangwa, and Shree Rajdevi Community School (4 teachers; this is the same school that runs in the Musahar community). In addition to paying their salary, we also provided a two day teacher orientation during our recent visit to Janakpur on Leadership and Classroom Teaching. The orientation mainly focused on what teaching is, the process of becoming a teacher, the challenges and alternatives to punishment. The interaction from the teachers paved way for the training that is being planned for the new academic year. The teachers also pointed out that lack of proper infrastructures, Rules and Training on teaching methodology are the challenges for them to provide effective teaching and teaching environment for the children.

The appointed teachers are also responsible in maintaining the parent-teacher relation along with closely working to improve the quality of classroom teaching. They have also been appointed as the Social Mobiliser for Madhesh Learns Initiative. In the capacity of a social mobiliser, they will be closely coordinating with the parents of the children enrolled in their school. An employment survey was designed by the team and the teachers’ were oriented on doing a survey at the Musahar community mostly to identify their income source, employment, needs and family size.

The Musahar community comprises of a total of 300 households that spreads over four different clusters. Among these households, only 4 literate population was traced. Most of the families earn their living through fishing. Children are seen to be engaged in the same instead of going to schools. Hunting and Fishing are the major activities of engagement for the community. Having seen this, Mr. Dev Narayan Mandal, Chair at Mithila Wildlife Trust proposed to incentivize education in the same community. This brought about a change in the school going culture among the children. There are a total of 2 public primary schools near the community, 30 children were enrolled in the schools prior to the initiation of the Musahar School. Now, 200 children go to the Musahar school with a different level of enthusiasm and awareness. The 4 teachers appointed by the team at WDAC are motivated and are the agents of change for the community at the moment. Similarly, the female population or mostly the mothers are active members in bringing their children to the school as most of the men earn and spend the same on alcohol.

In terms of the infrastructure, the school that has been built is very weak. However, the willingness to learn from the children's’ side and the motivation from the teacher’s side is incredible. The teachers have agreed upon renewing their agreement on the basis of their performance every quarter and they have already submitted to the first agreement. The loan component of Madhesh Learns Initiative will be under the supervision of Mr Dev Narayan Mandal as he works in a way to provide a sense of ownership in every decision making process at the community. 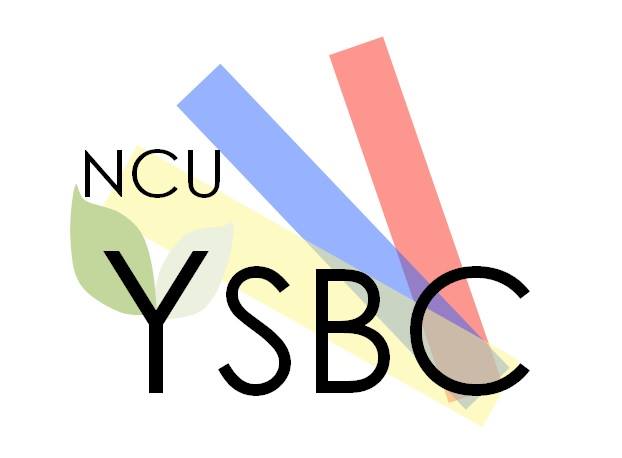 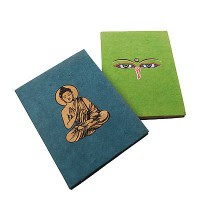 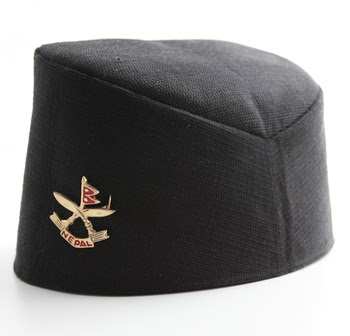 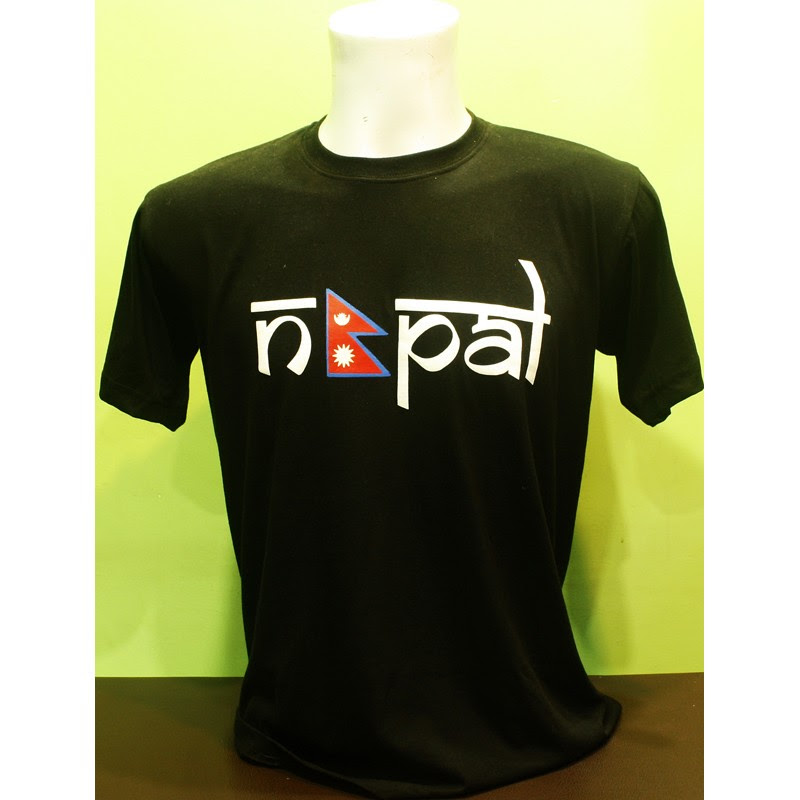 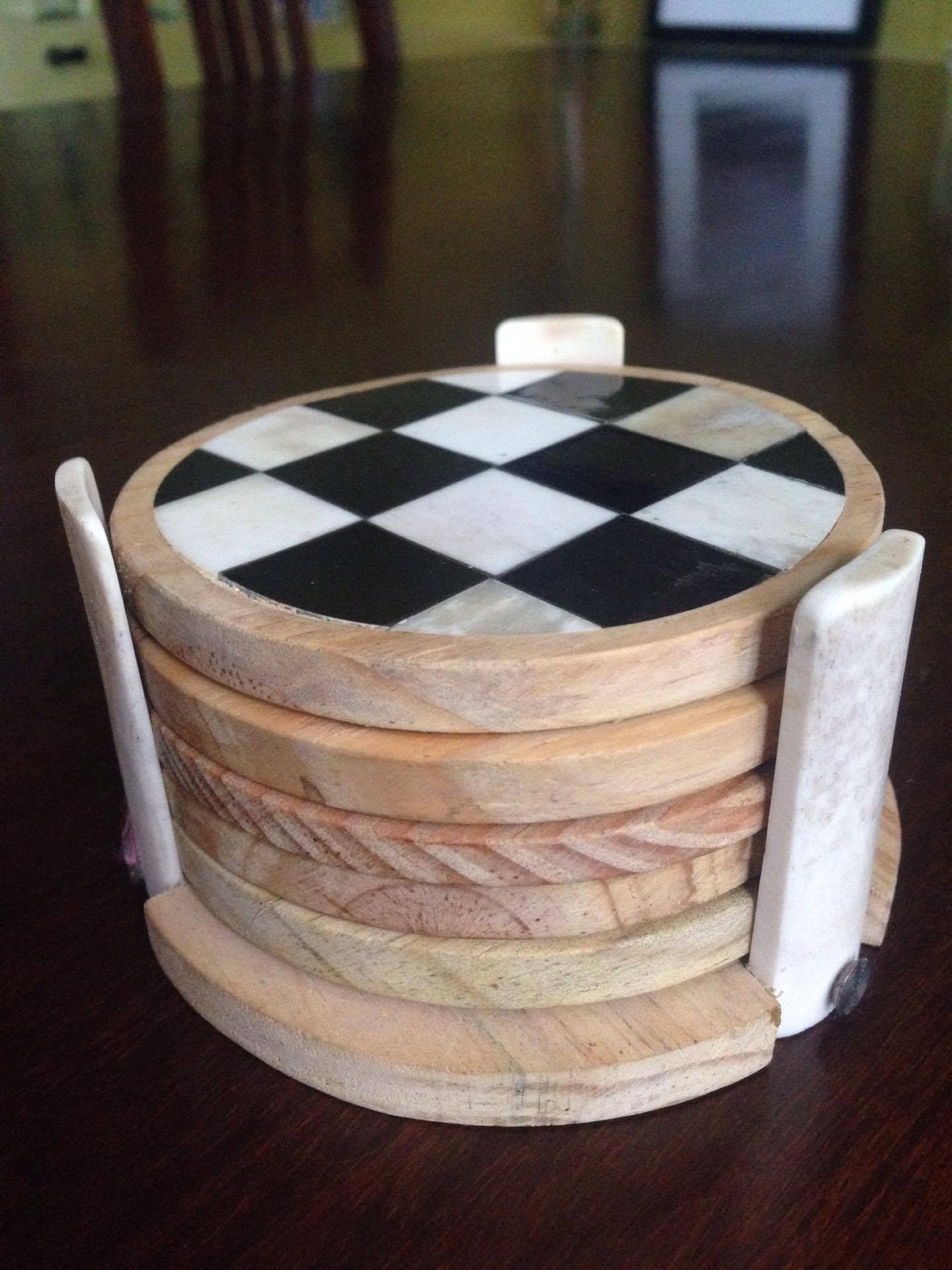 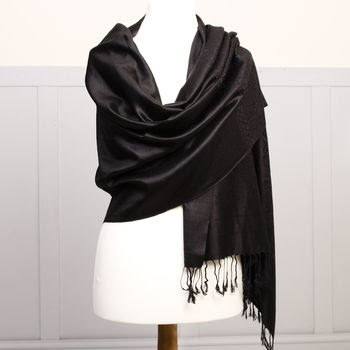 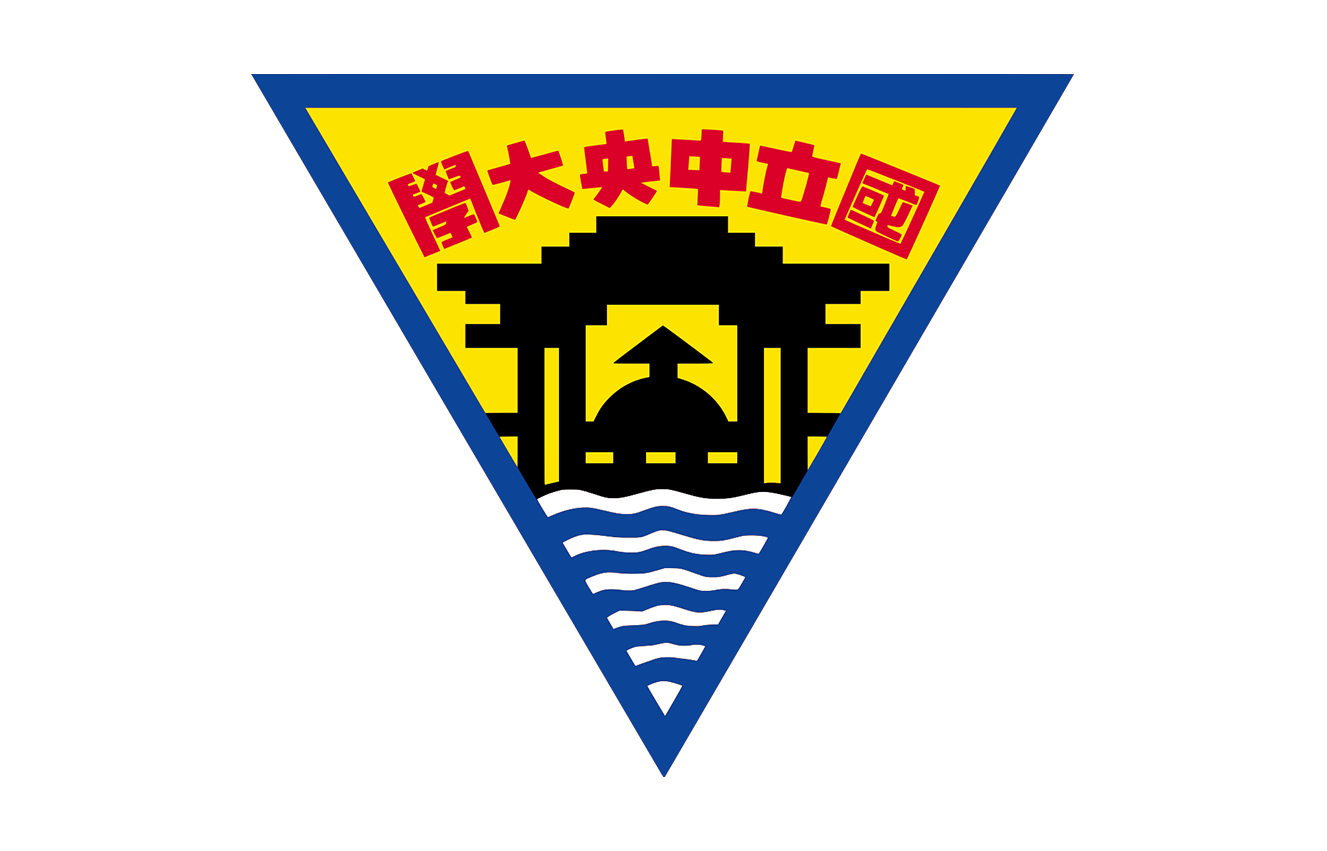